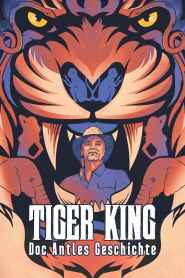 A lifelong showman, Bhagavan “Doc” Antle has built his various careers on theatrics, attracting a slew of admirers along the way. But beneath the eccentric, animal-loving facade lies a predator far more dangerous than his beloved big cats and a man shadier than any of his Tiger King counterparts.