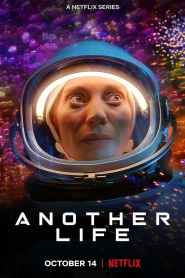 After a massive alien artifact lands on Earth, Niko Breckinridge leads an interstellar mission to track down its source and make first contact.